Suggestions
Back to all articles 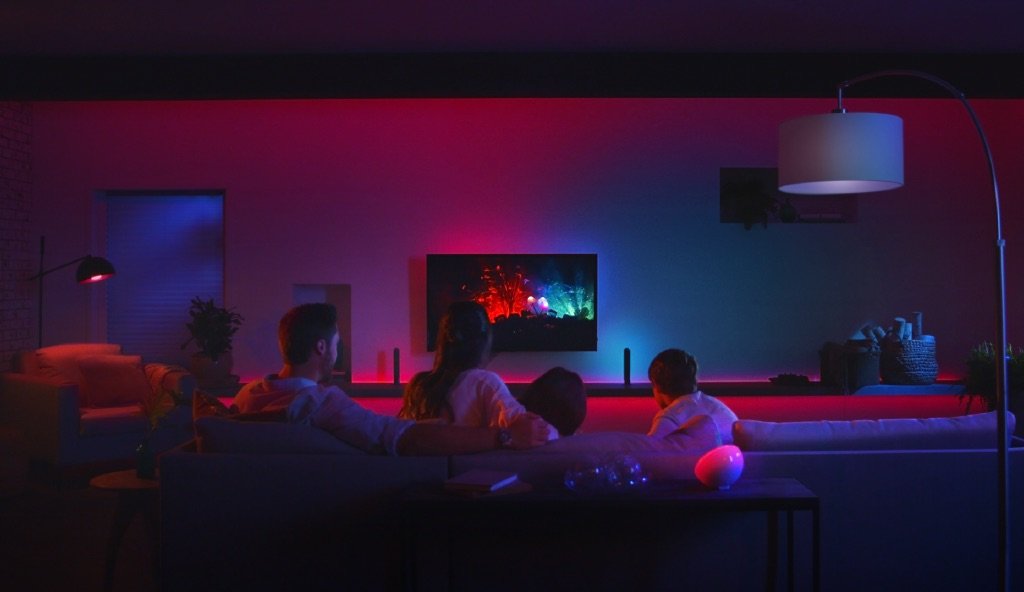 How to connect Hue Sync with Netflix

To make it simple, we've created two step-by-step guides to using Hue Sync with Netflix, whether you're using the new sync box or your computer.

Before you start syncing, you'll need a Philips Hue system with a Hue Bridge V2, color-capable Hue smart light(s), and the sync box. Make sure that you have an Entertainment area — which lets you add up to 10 lights — already set up (not sure how to do that? Go to Settings > Entertainment areas > Create entertainment area in the Hue app).

Download the Hue Sync mobile app to set up your sync box. Plug in the sync box to a power supply and use the included HDMI cable to connect it from the output port to your TV's input port. Once the LED on the front of the sync box turns blue, you can open the app to start setup. Follow the on-screen instructions, which will guide you through an easy installation process. You can also watch our video on setting up the sync box.

When syncing Hue with Netflix using the sync box, you'll need to connect a streaming device with which you can stream content on your TV. Smart TV's that have built-in apps for streaming services such as Netflix and Amazon Prime do not work with the sync box — you need to have the content pass through the sync box in order for light syncing to work.

Any HDMI streaming device works with the sync box, including (but not limited to):

Once you've connected the HDMI streaming device to your sync box, open the Hue Sync mobile app. You can rename the devices under "HDMI inputs" in the Settings tab, which is especially helpful if you have a variety of inputs.

This next step depends on which streaming device you are using with your sync box. If you're using a streaming dongle such as Chromecast, you can open the Netflix app on your mobile device and cast directly to the screen. With the Fire TV stick, Apple TV, Roku, a set-top box, or gaming consoles such as PlayStation 4 and Xbox One, you can download the app and control it from the screen itself.

Once casting, open the Hue Sync mobile app and tap the green "Start" button at the bottom of the screen — and you can enjoy the surround lighting effects of Hue Sync with Netflix!

With this method, you'll need the same Philips Hue system with the Hue Bridge and color-capable lights, but you don't need the sync box. You'll also need a computer or laptop (Windows 10 and up or MacOS Sierra and up) and an Entertainment area set up in your Hue app.

Download the Hue Sync desktop app to your computer. Once installed, select the Games, Music, or Video mode to begin syncing. The app connects your lights to the content on your computer screen and allows you to adjust the brightness and light speed, set the sync mode, and more.

Step 2: Launch Netflix on your computer

Use the Google Chrome browser to open Netflix and navigate to your chosen TV show or movie and enjoy the show — and the surround lighting.

(Optional) Step 3: Cast to your TV

Though the Hue Sync desktop app is intended for computers and laptops, you can still use it for your TV — all you need to do is cast. If you have a streaming device already connected to your TV, simply cast your computer screen (playing Netflix via the Chrome browser) or connect it via HDMI to the TV and you'll able to sync your lights. While this option works, it may not provide the same quality as syncing to your TV with the Philips Hue Play HDMI Sync box.

Liked what you read?